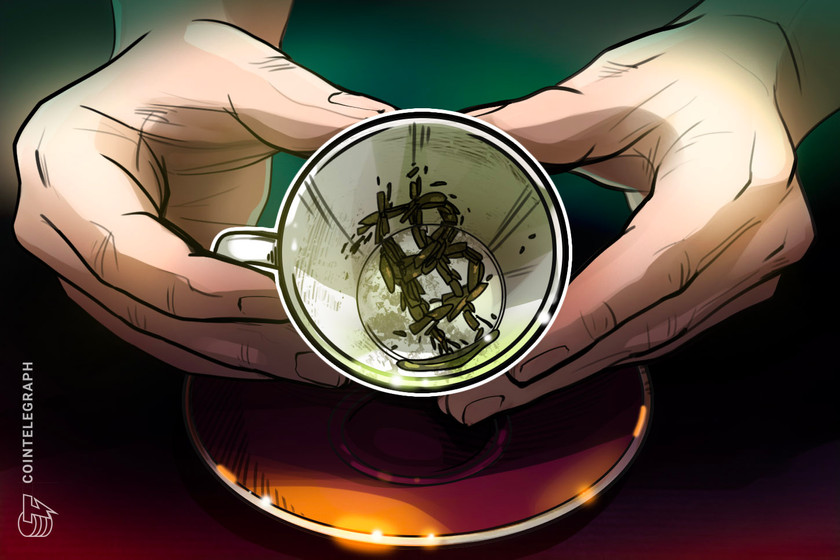 Jeff Currie, the global head of commodities research at Goldman Sachs, has dismissed comparisons between Bitcoin and gold as an inflation hedge, and described BTC as more akin to a “risk-on” asset like copper.

Speaking on CNBC’s Squawk Box Europe on June 1, Currie noted that copper and Bitcoin both work as “risk-on assets” for hedging due to their volatility while describing gold as a more stable “risk-off” hedge”:

“You look at the correlation between Bitcoin and copper, or a measure of risk appetite and Bitcoin, and we’ve got 10 years of trading history on Bitcoin — it is definitely a risk-on asset,” he added.

Currie’s comments come after the recent crypto downturn, which has seen Bitcoin’s price fall 36.8% in a few weeks according to CoinGecko, declining from around $57,000 on May 12 to roughly $36,000 today.

Currie noted that “there is good inflation and there is bad inflation,” which different assets hedge against, and explained that, “Good inflation is when demand pulls it“ and he said Bitcoin, copper and oil are hedges against this type of inflation. However:

“Gold hedges bad inflation, where supply is being curtailed, which is … focused on the shortages on chips, commodities, and other types of input raw materials. And you would want to use gold as that hedge.”

The Goldman Sachs boss previously argued in an April note that Bitcoin cannot yet be seen as digital gold, as its “vulnerable to losing store-of-value demand to another, better-designed cryptocurrency,“ adding that: „We think it is too early for Bitcoin to compete with gold for safe-haven demand and the two can coexist.“

According to TradingView, since April 1 gold has been on an upward trend, increasing from $1686 up to $1900 as of today.

In a note from Monday, Currie stated that he believes commodities with real-world use are the best hedge against inflation because they ultimately rely on demand, and not growth rates:

“Commodities are spot assets that do not depend on forward growth rates but on the level of demand relative to the level of supply today.”

“As a result, they hedge short-term unanticipated inflation, created when the level of aggregate demand is exceeding supply in the late stages of the business cycle,” the note added.

There’s no reason not to hold Bitcoin for 100 years, Michael Saylor says