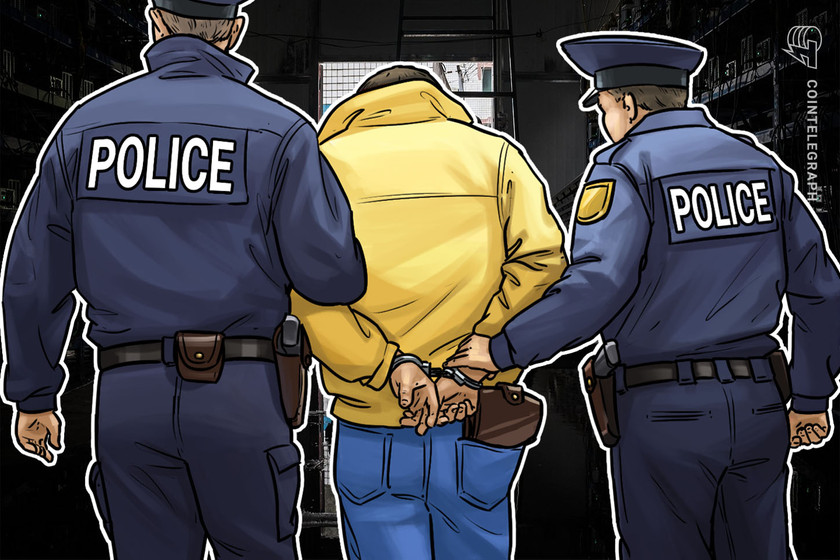 Amir Burno Elmaani, the founder of the now defunct cryptocurrency scheme Oyster Protocol, has been arrested and charged for what the Department of Justice describes as a “multimillion-dollar tax evasion scheme.”

On Dec. 9, the DoJ announced it had unsealed an indictment charging Elmaani, who is also known as “Bruno Block,” with tax evasion. The document also notes separate civil charges filed against Elmaani by the SEC. He was arrested on the same day.

The indictment alleges the 28-year-old made “millions of dollars” from selling Oyster Pearl tokens, however failed to report said earnings to the IRS and used shell companies to obfuscate the paper trail pertaining to his income:

“Elmaani made millions of dollars from the sale of a new cryptocurrency but evaded reporting that income to the IRS, including by filing a false tax return, operating his business and owning assets through pseudonyms and shell companies, obtaining income through nominees, and dealing in gold and cash.”

Elmaani’s 2017 tax return claimed he earned just $15,000 that year, while his 2018 return claimed zero income. FBI Assistant Director, William Sweeney, noted that despite Elmaani’s “minimal reported income in 2018, he still managed to spend over $10 million for the purchase of yachts.”

Elmaani is believed to have kept gold bars in a safe on his yacht, and to have used large sums of cash to pay for personal expenses. The DoJ also believes he spent more than $700,000 on purchasing two homes.

The indictment alleges that Elmaanin began promoting his Pearl tokens in September 2018 under his digital alias, claiming that the tokens would power an online data-storage platform dubbed Oyster Protocol.

Elmaani then launched an ICO through a shell company not associated with his true name, revealing that he would also take a “founder’s share” of the project’s tokens.

In June 2018, Elmaani asserted he would retain millions of the tokens as his “ownership stake,” and would need to move the tokens between wallets under his control “to avoid being double-taxed.” However, the DoJ alleges:

“Elmaani used friends and family as nominees to receive cryptocurrency proceeds and transfer them or U.S. currency to his own accounts.”

The government also alleged that Elmaani minted new Pearl tokens into existence despite claiming the project’s supply was fixed in October 2018, before offloading the tokens on exchanges.

The exchanges suspended and delisted Pearl in response to Elmaani’s actions, resulting in the token’s value plummeting and Pearl investors suffering significant losses.

In November, Cointelegraph reported that a former Microsoft employee had been sentenced to nine years in prison for stealing $10 million in digital value from his employer and using crypto assets to obscure the paper trail for his ill-gotten gains. The DoJ then described the proceedings as the United States’ “first Bitcoin case that has a tax component to it.”