The perfect match? Both Bitcoin and DeFi push and pull crypto markets 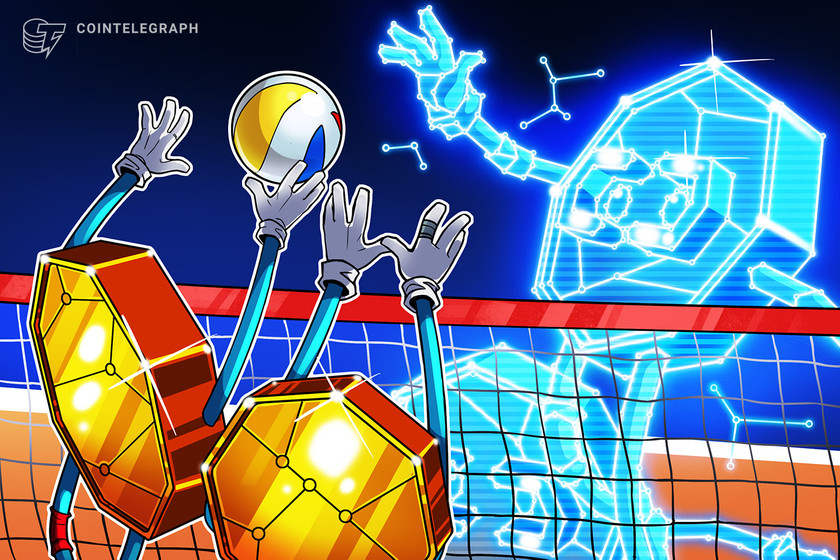 The past year has been a crazy journey for the blockchain industry. Between the crippling effects of the COVID-19 pandemic across various sectors and Bitcoin’s marathon bull run, the year has been great for some and catastrophic for many.

Decentralized finance is at the epicenter of most of the hype surrounding blockchain today. From the rise of mainstream decentralized exchanges to the overwhelming demand for liquidity mining, DeFi hasn’t just raised a lot of dust — it’s brought billions of dollars onto blockchains.

On June 15, DeFi platform Compound started distributing its COMP token to users, handing governance control of its protocol to the people. By Aug. 15, over $1 billion worth of Wrapped Bitcoin (WBTC) had been sold, allowing even Bitcoin holders to access the world of Ethereum-based DeFi applications.

Now, some DEXes even rival centralized exchanges, and the term “vampire mining” will always remind us of blockchain instead of pale bloodsucking creatures with pickaxes and safety helmets. But while DeFi lit the fireworks last year, it was Bitcoin (BTC) that made everyone stop and stare. Its unprecedented rise to nearly $40,000 makes it one of the most profitable and fastest-growing assets in history.

But was DeFi at least partly responsible for this? Earlier stages of Bitcoin’s rise were negatively correlated with DeFi, with many even speculating that this resulted from funds being transferred from DeFi platforms to Bitcoin. The total value of digital assets locked into smart contracts has grown a hundredfold in the last two years. However, much of this growth has taken place in the previous few months and is more due to the appreciation of already invested assets than a surge in new investments.

Just as many claim DeFi has had a substantial impact on BTC and blockchain technology, Bitcoin also affects DeFi. Blockchain may be the new, exciting financial technology of the coming decade, but it’s Bitcoin that brings the brand value. That’s only part of the equation, but is it a truly substantial one?

As the total trade volume on DEXes has significantly increased over the past year, some have attributed Bitcoin’s recent growth to the increase in the use of DeFi platforms. According to Robert Leshner, CEO of Compound, “Bitcoin’s surge to $40,000 has coincided with a surge of WBTC activity.” The Compound protocol is also the top holder of WBTC, with over $1.2 billion in BTC being used as collateral to borrow stablecoins and other assets.

One of the most commonly reported metrics in the DeFi space is its total value locked, or TVL. It represents the value of digital assets locked into DeFi smart contract platforms and has grown from a few hundred million a couple of years ago to reach over $26 billion today. This is primarily due to the recent surge in the value of large-market-capitalization investments like Bitcoin and Ether (ETH).

According to Scott Stuart, co-founder and chief product officer of blockchain developer Kava Labs, the rise in Bitcoin’s value is an incredibly positive sign for the DeFi space: “DeFi requires a healthy amount of collateral to be used in products. The more valuable BTC is, the more collateral, and thereby the greater the usage in DeFi.”

There has been a lot of hype and misinformation surrounding the TVL metric in blockchain circles. Still, while it isn’t the most accurate representation of what DeFi networks are currently worth, it does highlight how much people are willing to risk on them. Despite the fact that regulatory requirements like customer identification could threaten to collapse most mainstream DeFi applications sooner or later, they only seem to be growing.

However, not everyone sees regulation as a threat. “It’s a losing battle for regulators,” said Stuart, adding: “Even if you can squash one product or one platform, it’s likely to pop up elsewhere — it’s open-source software.”

This is comparable to how peer-to-peer file transfers take place unregulated on the internet. Strict parents create sneaky children. However, the outcomes of a regulatory clampdown on Know Your Customer verification in DeFi could also see more compliant applications. While this is arguably limiting, decentralized finance can’t grow sustainably outside legal bounds. Bitcoin regulation is already complicated, and DeFi is bound to make things a whole lot more challenging. So, the correlation here seems to be more apparent.

Last year, DeFi also pushed Ethereum to become the most used blockchain, driving its cumulative transaction fees higher than even Bitcoin’s. This is often a strong sign of a network’s ability to attract greater returns, and the upgraded Ethereum 2.0 promises even better performance and cheaper transactions. With the transition to Eth2 well underway, DeFi could be in for another considerable boost in use. However, despite its impressive growth over the last year, DeFi’s market capitalization is still barely 2% of the total crypto market cap.

The amount of Bitcoin used within DeFi is approaching 0.9% of the total BTC supply, with nearly $300 million WBTC alone traded daily. This is probably a good thing because it means DeFi isn’t just discussed due to its profitability but more for its capacity to improve financial systems. The brief negative correlation between Bitcoin and DeFi in 2020 could have been due to traders moving funds from DeFi, but both have grown leaps and bounds since then.

Bitcoin and decentralized finance have a very symbiotic relationship where they fuel each other’s growth. More Bitcoin in DeFi brings more platforms that provide value, and with a seemingly endless stream of new DeFi projects springing up all the time, they generate hype and create innovative use cases for cryptocurrencies as a whole.

“The biggest challenge facing new DeFi projects is code security & auditing,” said Leshner, adding further: “Auditors are stretched thin, and most developers are writing Solidity for the first time.” Blockchain is still incredibly young, and although millions of people worldwide own cryptocurrencies, it’s still only scratching the surface of mainstream adoption.

While some consider the current yield farming frenzy unsustainable, others believe it could be the start of many new things to come. Stuart stated that DeFi lending and borrowing rates will probably normalize, and platforms will start to make efforts to attract long-tail users with better user interfaces and cheaper network fees.

The trends that affect DeFi are also bound to affect Bitcoin, but the two appear to be growing independently. Besides its current inability to scale, there are many other issues Bitcoin needs to fix before it hits mainstream adoption. For one, as a safe-haven asset, the liquidity of Bitcoin may be affected, as pegged Bitcoin on DeFi platforms may take off over the coming years.

When Bitcoin was created, its vision of a decentralized financial system wasn’t feasible without the decentralized infrastructure that is in place and constantly being developed. After over a decade, DeFi is finally making some headway in pushing us one step closer to that vision.

Ultimately, Bitcoin is a digital asset that will never go out of fashion. The first-mover advantage is real here, and newcomers to the space are more likely to test the waters with BTC than an obscure DeFi token. As the global exposure to cryptocurrencies rises, so will the demand for services catering to decentralized assets. People may visit for Bitcoin, but they’ll stay for DeFi.

Even Elon Musk can’t save Dogecoin from crashing another 60%, analyst asserts